What’s the Deal with S-Corps? 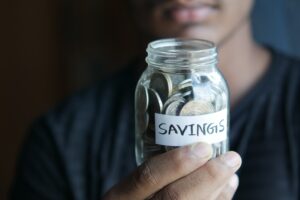 One of the most frequent questions I receive from current and prospective clients is whether their business should be taxed as an S-Corp. In fact, it’s happened more than once that before I can even get in a ‘so tell me about your business’ on an intro call with a new prospective client, I’m already being told a story about how a new business has been started and it’s being taxed as an S-Corp.

So what’s the story with S-Corp’s, and why do so many people think they are the right choice for their business? Are there downsides to S-Corp’s? I’ll try to shed some light on the topic in this edition of my blog.

The most common reason people form S-Corporations is because of the well-known potential of saving on self-employment taxes, which most self-employed business owners are subject to. While the S-Corp does not eliminate the self-employment taxes, it does have the potential to significantly reduce them. It’s not uncommon for a client to shred their tax bill by $7,000-$15,000 per year through a properly structured S-Corporation.

Here is the dirty little secret that most people don’t know about S-Corps:

They don’t work for every small business. 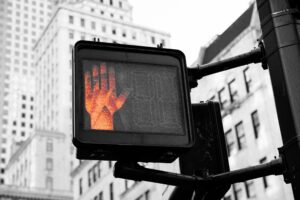 Most importantly, S-Corps are not going to be a smart choice until one’s business is consistently showing a solid profit on a recurring annual basis. There’s no magic number I can tell you at which point it will definitely make sense, but I tend to find that a net income of at least $70,000 is a good point where it at least becomes worth further investigation.

The other cases in which S-Corps can be difficult is when there are multiple owners of a business that are unrelated to each other, or when the owners want to be compensated based on how much revenue each individual owner brings into the business (sometimes called an ‘Eat What You Kill’ arrangement). In these situations, there are other more complicated structures that can be implemented to help achieve similar results.

Lastly, there are a few other IRS requirements when it comes to S-Corps, such as having no more than 100 shareholders and that all shareholders must be individuals, although most small business owners in the United States meet these other requirements without a problem.

See where this is going?

Historically, S-Corp shareholders would pay themselves an extremely low salary and take out a huge amount of distributions. This would create a significant amount of tax savings for the shareholder. However, over the years the IRS has cracked down on this behavior and the tax code very clearly requires the shareholder to first be paid reasonable compensation, before taking out distributions. Failure to do so – if discovered by the IRS in an audit – can lead to significant financial penalties and administrative headhaches.

There are many ways of establishing reasonable compensation for the shareholder. Whatever method you choose should be thoroughly documented (and perhaps reviewed on an annual basis), so you can support your position if the IRS comes knocking.

I hope this helps clarify some of the issues surrounding S-Corps and gives you some broader knowledge of when it may or may not make sense for your situation.

If you need help evaluating whether or not an S-Corporation makes sense for you, or if you need help determining reasonable compensation for your S-Corp, please click here to book a call with me.

We’re excited to speak with you. First, we just need a little information from you.